Everything Old is New Again In forecasting fragrance market trends, one must often look back before looking forward. This is especially true when observing the peripheral lifestyle trends which heavily influence, inspire and impact future fragrance creations. Consider the ongoing wellness and health food movement which looks to previous and oftentimes ancient civilizations for the […]

Everything Old is New Again

In forecasting fragrance market trends, one must often look back before looking forward. This is especially true when observing the peripheral lifestyle trends which heavily influence, inspire and impact future fragrance creations.

Consider the ongoing wellness and health food movement which looks to previous and oftentimes ancient civilizations for the next super food or other powerhouse ingredient.

Recently, freekeh, an ancient staple in the Middle Eastern diet, has become ingrained in the consciousness and conversation of health-minded consumers.

Freekeh, also known as farik or frik, is an integral part of the “ancient grain” food and health trend, joining amaranth and quinoa as a tasty alternative.

In Arabic, the word freekeh means, “to rub. ” Approximately 2,000 years ago, the grain was created accidentally when a Middle Eastern village was attacked and their young wheat crop was set on fire. The villagers rubbed off the burnt outer layers and cooked up the grain, and freekeh was born.

The ancient creation began garnering media attention after it was featured in both a 2010 Oprah segment and spotlighted on the Dr. Oz Show where it was touted as the new “super food.”

The Middle Eastern super grain is a virtual powerhouse surpassing both brown rice and quinoa in nutritional value and fiber content. This is primarily due to how it is harvested. Unlike other grains, the kernels are harvested while still young, and therefore they contain a plethora of vitamins and minerals.

The grain is especially rich in antioxidants, specifically lutein and zeaxanthin which promote eye health. Freekeh also acts as a prebiotic providing sustenance for good bacteria, the key for maintaining a healthy and efficient digestive system.

What freekeh does not contain are chemicals, preservatives or genetically modified components, further solidifying its super star status.

Freekeh’s nutritional punch has made it a vital part of the wellness movement and garnered it sought after shelf space in mainstream grocery stores. In light of the symbiotic relationship which exists between flavor and fragrance, it’s inevitable that this culinary star will become the “hot” new ingredient in the fragrance industry.

The conversation has already begun amongst fragrance creators who are embracing its gourmand character distinguished by its roasted, nutty quality with a hint of caramel and a subtle, smoky, earthy aroma.

It’s just a matter of time before consumers are freaking out about the latest “freekeh” fragrance.

This website uses cookies to improve your experience while you navigate through the website. Out of these, the cookies that are categorized as necessary are stored on your browser as they are essential for the working of basic functionalities of the website. We also use third-party cookies that help us analyze and understand how you use this website. These cookies will be stored in your browser only with your consent. You also have the option to opt-out of these cookies. But opting out of some of these cookies may affect your browsing experience.
Necessary Always Enabled

Any cookies that may not be particularly necessary for the website to function and is used specifically to collect user personal data via analytics, ads, other embedded contents are termed as non-necessary cookies. It is mandatory to procure user consent prior to running these cookies on your website.

A Message from our President 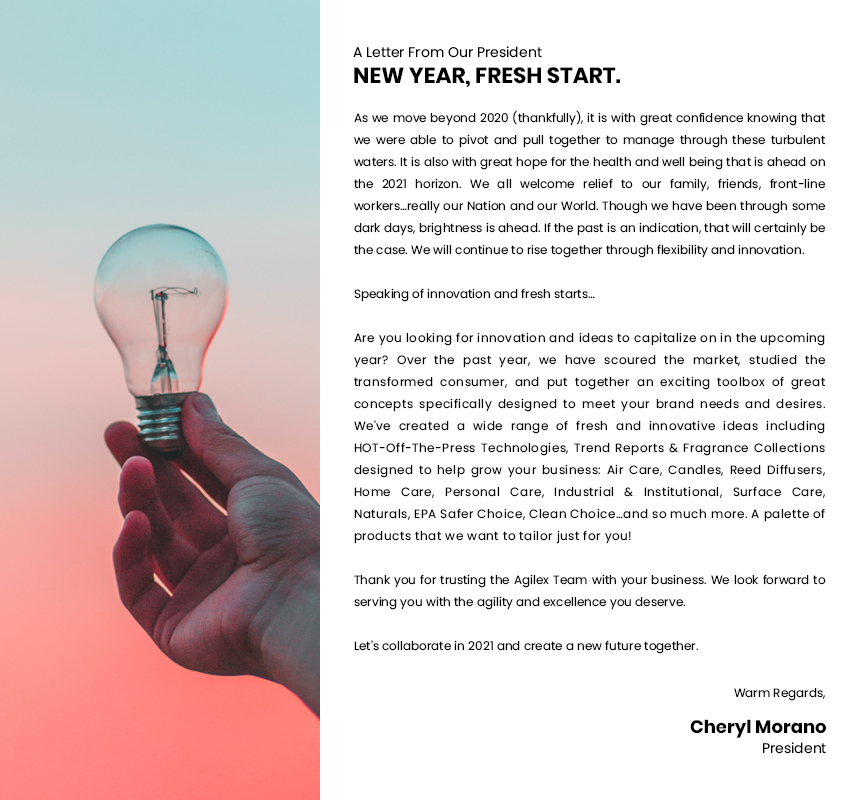