The ancient Greek tale of King Midas and his thirst for gold is fundamentally about transformation. Though the foolish king regretted his wish that made everything he touched turn to solid gold, for a brief period he had all the riches he could possibly desire. With the enchanted king’s touch, ordinary objects were transformed into […]

The ancient Greek tale of King Midas and his thirst for gold is fundamentally about transformation. Though the foolish king regretted his wish that made everything he touched turn to solid gold, for a brief period he had all the riches he could possibly desire. With the enchanted king’s touch, ordinary objects were transformed into valuable and beautiful works of art.

Likewise, the late-2017 affinity for golden splendor offers a fresh take on the luxurious status conferred by the precious metal. Whether in food, fashion, or fragrance, The Midas Touch trend reimagines the ordinary in the most luxe of fashions.

High-end eatery Serendipity 3 is perhaps the best example of The Midas Touch in action. Famed for its Golden Opulence Sundae, which made the Guinness Book of World Records as the most expensive ice cream sundae, Serendipity 3 is known for its outlandish use of edible gold leaf.

Edible gold is perhaps the most conspicuous consumption imaginable. Gold that’s sufficiently pure is perfectly inert – and therefore harmless – for human consumption. But it also contains absolutely no nutritional value, making it nothing more than an outrageously expensive experience and status symbol.

High-end homegoods retailer Atelier Annex featured another perfect example of The Midas Touch for 2017. It makes sense that a shop that coined the hashtag #barnchateau would cultivate a style that fuses the opulent and the everyday. A simple, rectangular candle holder made of reclaimed barn wood sounds like a forgettable piece of ordinary décor…until you cover it in 23K gold leaf.

Rustic lines of reclaimed wood made precious by the application of airy, thin sheets of gold: that’s The Midas Touch.

Though gold as a fragrance inspiration isn’t new, The Midas Touch gives us a fresh take on luxury fragrances. We find traditional golden notes of vanilla, amber, and sensuous musk woven together with rare woods like patchouli and guaiacwood, but what is unexpected is a high-toned layer of citrus and aldehydes, suffusing modern fragrances with an olfactory shimmer.

Paris-based Mancera offers two gold-inspired fragrances for 2017. Mancera Black Gold for Men begins with a base of musk and leather, moves to heart notes of patchouli, rose, and jasmine, and adds shimmering head notes of citrus fruit, lavender, and Nepalese oud. The fragrance is mysterious, intense, and wraps the wearer in a golden veil.

Mancera’s Aoud line is rounded out by Gold Intensitive Aoud, an intoxicating fusion of amber and white musk, along with rose petal and warm saffron, all overlaid with dancing hints of Calabria lemons.

Yves Saint Laurent channeled The Midas Touch for its 2017 launch of Magnificent Gold, a unisex fragrance that is a warm and beguiling blend of vanilla pod and white oud. The vibrant gold texture of the fragrance keeps it fresh and modern.

When King Midas asked Dionysus to give him the power to transform anything into gold merely by touch, he didn’t envision the consequences. While he marveled at his ability to transform ordinary things like roses and grapes into solid gold, he discovered that when everything becomes gold and is transformed from its fundamental nature, its value is paradoxically less. We can’t survive on eating golden grapes. We can’t smell the delicious aroma of a golden rose. And we certainly won’t be satisfied by embracing a golden daughter.

But gold in moderation – a flake of luxury on dark chocolate, a veneer of it on an ordinary glass, or a trace of it in a fine fragrance – are brushes with opulence.

This website intends to use cookies to improve the site and your experience. By continuing to browse the site you are agreeing to accept our use of cookies. If you require further information and/or do not wish to have cookies placed when using the site, visit Read More Got It
Privacy & Cookies Policy
Necessary Always Enabled
A message from our president on Corona Virus COVID-19 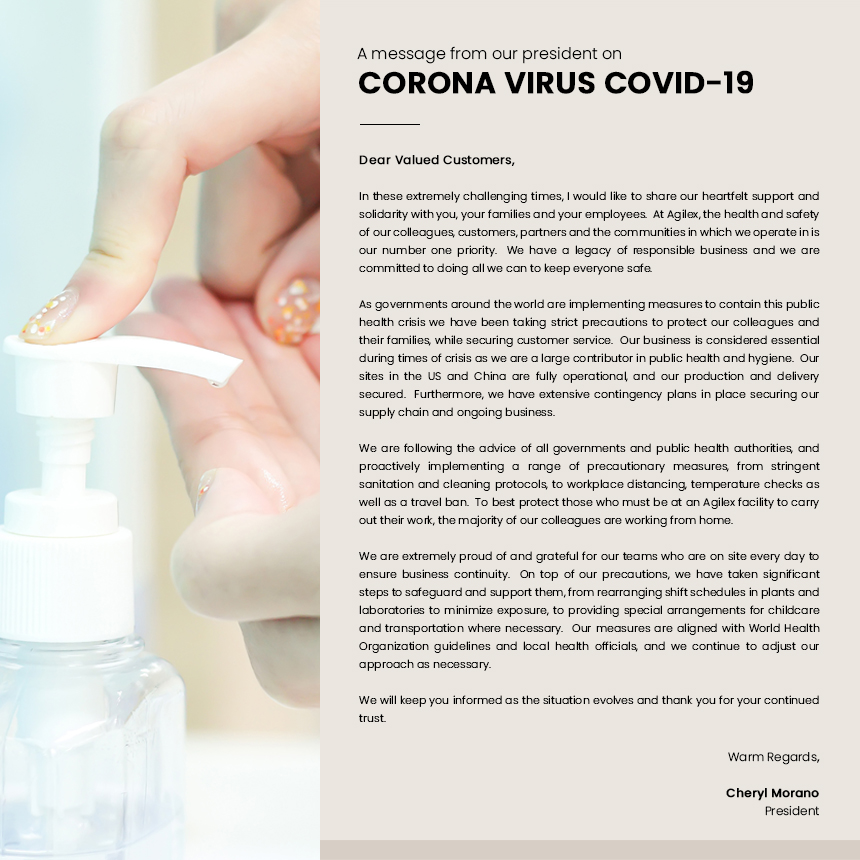